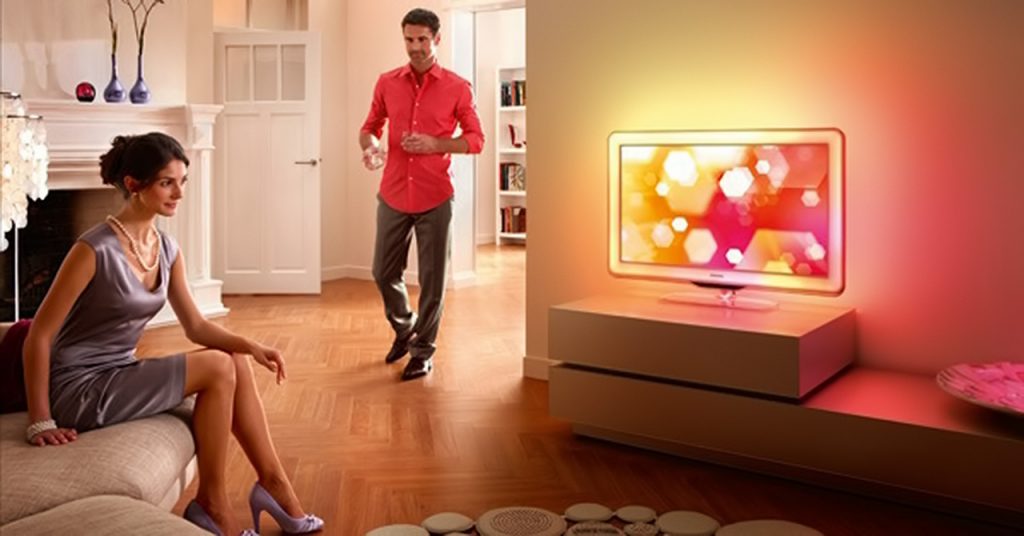 The TVs have changed a lot over the past years. It is interesting how many shapes and screen technology have been used over time. From the first mechanical tv to the rollable screens, TV’s have come a long way over the last few decades.

The first cool tv has the simple name The Baird Televisor . It had a tiny screen and a big box. which looked more like a cabinet than a device. It was very simple, but on the other side very complex, because it was entirely mechanical. The screen form looked more like an octagon than square and the picture looked more like a caricature than a person, unless the actors wore special black and white makeup.

Picture quality in these years gradually increases so If we compare picture quality with modern 4k tvs with 3840pix, the w3xk has quality comparable with 100 pix and these tvs have only 8 inch tv screens, so you need to be very close to actually see something.

The next big deal 10 years later with phantom tv with a more nerdy name – RCA TRK-12, Phantom Teleceiver, which had transparent design with iconoscope vertical vacuum tube and a mirror. So with this advanced technology in the 40s, American public finally met the legendary ntsc format with 480 resolution.

In the beginning of the 1954 we already had first color tv for the consumers, CT-100 had 15 inch color screen with support for rca standard, though it wasn’t had the best picture quality, but because it had high price tag of around 950 dollars, equivalent to today’s 7000, it was more niche tv for the rich people. At the same time everybody wanted a lot more affordable and stylish looking tv.

The Philco Predicta Pedestal, was one of the best affordable tvs in the end of the 50s if you want to watch the I Love Lucy sitcom series in the Canada. It used a tube lineup design that was very impressive at the time and there were 17 and 21 inch screen versions available in stylish space age design consoles or tabletop cabinets.

The color TVs finally became more affordable in the end of the 60s when Television broadcasting networks in most parts of the world upgraded to ntsc color standard. so tvs like magnavox model 575 was one of the coolest color tvs in these times, they even have automatic color calibration system, in the same way was also popular model victor from rca company and more compact GE’s Porta-Color.

In the 70s the one of the biggest to buy was General Electric Widescreen 1000, this tv was one fanciest to have, with its extreme 48 inch screen size and impressive sound cabinet design. Inside was still a small 12inch cathode ray display, but general electric combined it with three lenses and with them inverted projection on a reflective 48 inch screen.

It was one of the first projection TVs and quite expensive with its price tag of 2500$ which is equivalent to today’s 8k. So if you have an average job you probably have at home PANASONIC CT316 which was available in smaller 20 inch type screen sizes, but it still offered good color tv experience and for an affordable price.

The colorful 80s finally brought the end of bulky tv cabinet sets as more stylish silver tvs like Samsung CT-330TM   started emerging and they also had sharper picture and were more portable.  Sony even experimenting with their modular ProFeel monitor tv sets, with separated tuner and speaker units to buy.

Before big size lcd and plasmas, lcds rear projection tvs like Sony 48s65 were the best tvs to buy on the market in the late 90s. This tv has excellent colors and a lot of inputs. At the same time flat panel tvs started emerging and they offer amazing 852×480 pixels, as Sony finally released free use their trinitron patent, more and more cheap tvs start emerging in the next years.

At the end of 1998 everybody wanted to have Sony WEGA tv as they became one of the top selling television worldwide. In the beginning of 2000 LCD TVs became more and more affordable to build and start to dominate over projection TVs, Sony and Samsung stopped projection flat screen tv factory by the end of 2008. Nevertheless, demand for the crt TVs is still alive thanks to the retro gaming culture.

the 2000s gave way to the first hd ready LCD TVs and in 2002 philips introduced the first ambilight tv, which had dynamic bias on the back of the tv. One of their greatest tvs in those times was luxuris Aurea lcd tv with price tag around 8000 $.

In next years normal average tv had only hd resolution with 1366×768 pixel and their size ranged from 29 to 32 inch. 55inch Plasma tvs with full hd screen from Panasonic z1 series were one of the best to have in those times.

The 42 inch lcd tv like lg LG 42LC25R were still considered as high midrange tier tvs to have and costed around 1500$ in the middle of 2007. In the same year Sony invented a revolutionary oled screen which offered the best picture quality. The 2010s gave the way to the first led tvs and one of the stylish tvs was Samsung es9 series which introduced the beginning of the true smart tvs.

Their flagship tv es9500 in 2012 was also worlds first 55inch oled smart tv.  In these years all popular brands experimented with 3d technology, but the real breakthrough was the invention of ips and va screens with 4k resolution. Samsung led the way the next 15 years with their 4k and curved tvs. During this decade many Chinese brands like Hisense and Tcl were able to compete and became known worldwide thanks to their very affordable direct led tvs like k321.

In the middle of 2015 Philips PUS9600 were one of the first TVs to have support for android tv apps. This decade was all about expensive oled TVs like Sony A1 and LG X series, which have the best contrast and colors. It looked like oled could replace other screen technology, but nevertheless Samsung decided to go with qled screens instead. Qled Q90 Samsung have brighter and more durable screen than oled. They also introduced new designs such the frame tvs with ambient app to match your decor in the room and display your TV as art picture with smart tv panels.

In 2018 Xiaomi introduced The World’s First Mass-Produced Transparent oled TV, which you can watch from both tvs and in 2020, thanks to the evolution of edge screens, LG released the first rollable oled tv on the market.  So it looks like in the next few years we expect even more ridiculous and innovative tv screen designs.